Mark Bittman’s Kitchen Matrix (Pam Krauss Books, 2015) is quite
possibly the most visually appealing cookbook I’ve ever laid my eyes upon. This cookbook is perfect for a small family as most of the recipes serve four. Another component that I love is Bittman really helps you to get outside of your cooking comfort level. I know that when I cook I often do the same preparation over and over. However, this book helps you to refine your tastes by offering Asparagus 12 ways, celery 16 ways usually with a few different options for preparation cooking method: raw, grilled, sautéed, braised, baked, fried and microwaved.
Generally this cookbook feels like it was written for my family, when I first opened this cookbook with post-it tabs in hand, I quickly realized that on almost every single page something looked delicious or had a preparation I had never tried before. For example some of the recipes that I thought sounded not only delicious but doable with having two small kids running around during dinner time: asparagus with chicken and shiitakes, artichokes with crab, zucchini on crostini with ricotta and mint, bulgogi and all the accouterments that go with it, to the 10 ways to make spice blends to flavor your proteins. Yum!

This book is truly one of my favorite cookbooks, perfect for your favorite foodie as well as someone who is just learning their way around the kitchen.

Bloggers note: I received this book from Blogging for Books for this review; however opinions expressed are my own. 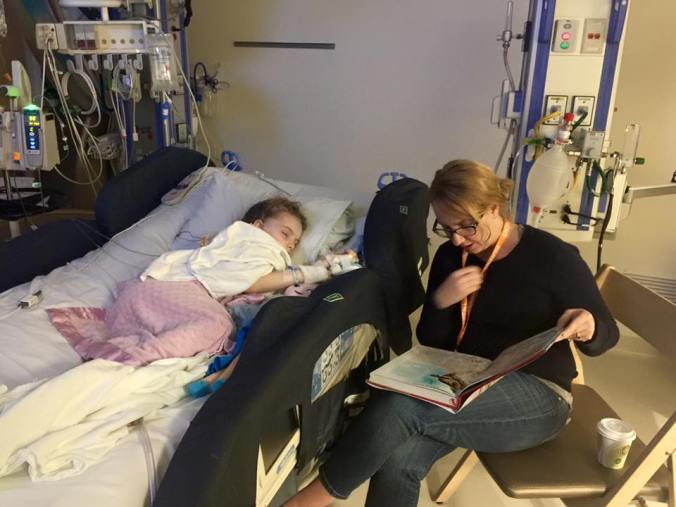 If you’ve been reading my blog for a while you will know I have taken a break from blogging.  My oldest daughter has epilepsy and on October 29th my daughter Zoe had brain surgery to place a grid onto her brain to locate the foci of her seizures.  On November 5th, she had her second brain surgery to remove a small part of her temporal lobe as well as a portion of her hippocampus in an effort to stop her from having seizures.  Preparing for this surgery was intense.  Getting through her hospital stay, watching her cry in pain, holding her hand through countless IVs, and crying hysterically in waiting rooms while my sweet girl underwent two brain surgeries is almost too much to bear.  However, in this entire process something remarkable happened, I realized my daughter is simply put – amazing.  She inspires me to be a better mom and a better person.  She handles things most adults couldn’t with grace and bravery.

While she was in the hospital I had planned to read to her from the new illustrated version of Harry Potter and the Sorcerer’s Stone.  I was so excited to think that my sweet girl, might just get into Harry Potter and we could enjoy it together.  After her second brain surgery I decided it was time, she was asleep from over 5 hours of surgery and anesthesia, but it was worth a shot.  Once I stopped weeping and was able to clearly see the reading began, then quickly I began to weep again.  There is this remarkable part, which I had forgotten about reading this story all those years ago.  It is in the first chapter when Dumbledore, Professor McGonagall and Hagrid are standing outside of the Dursley’s house on Privet Drive, when Professor McGonagall ask about infant Harry’s scar and if there is something that Dumbledore could do about it.  His response is simple; “Even if I could.  I wouldn’t.  Scars can come in useful.” (Harry Potter Sorcerer’s Stone, J.K. Rowling, 1998).  You see my exceptional little girl now has what my husband and I call one “badass scar”, this scar is going to be her badge of courage, sign of bravery, I was tougher than epilepsy, a marker that she is indeed – Zoe the Brave.  Although this scar will someday soon be covered by her lovely curled locks, it will always be there, I hope as a reminder of her strength and bravery.