When my oldest was 2 years old we took her to the dentist and to say I got scolded is an understatement.  I was told that pacifiers were the worst and that by allowing my petite to suck on one whenever she wanted I was basically ensuring she would need braces in her future.  What?  But they give them away at the hospital, how could they be so bad?  Well apparently they can cause teeth to shift and well you guessed it, future issues.  So after getting scolded we decided that it was probably time for her to give up her paci. 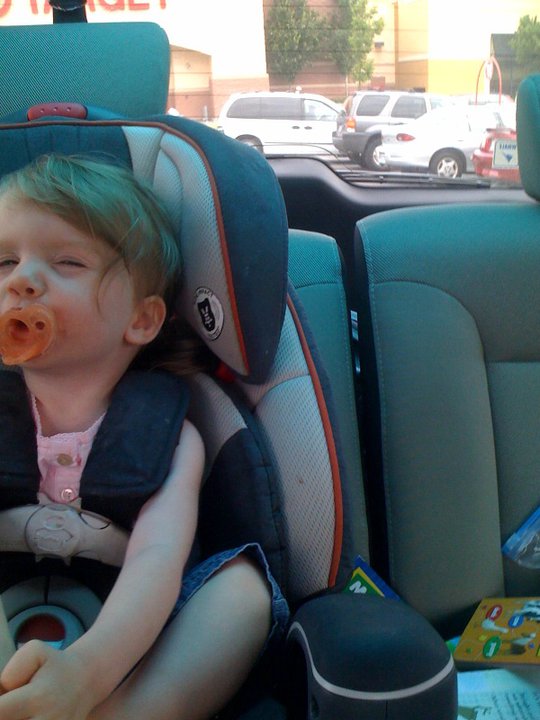 This was not as easy as I hoped it would be, I wanted to share our struggles and overall triumph with you all just in case there are some of you our there struggling with this same dilemma.  Let me first start by saying, I think that as parents we all do the best that we can especially when it comes to our newborns.  We do what we need to to stay sane, to get babies to sleep or stop crying.  I am in no way judging – just wanting to share how we got our petite to kick her paci habit.

After the scolding from the dentist (who we no longer see by the way) we decided to wean her off of it, we decided to only let her have the paci when she was taking naps or going to bed – not all the time, no exception.  She used a snuggly when she slept before and we heavily reinforced it and made sure we always had it for naps and bedtime making it a more prominent part of our nighttime routine.  A few days later we took away the paci at nighttime.  I would love to tell you it wasn’t a big deal that she didn’t fuss or ask for it or cry.  But let’s be honest, it was sort of a disaster.  Over the next few days she would ask for it at night and we would just say we are all done with the paci and hand her the snuggly.  It worked, she was rather sneaky though and would pull paci’s out of places, she had a secret stash in her carseat and it seemed like every time I would turn around driving she would have one in her mouth.

We also used some really cute board books with her to talk about her paci. 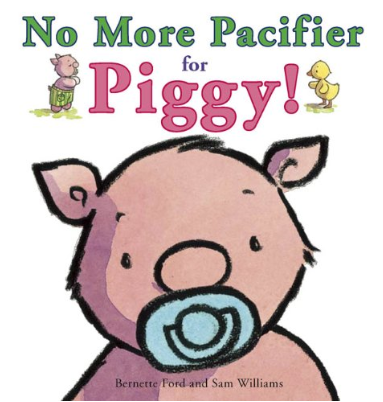 No More Pacifier for Piggy! (Ducky and Piggy)

this book was a total lifesaver, piggy and ducky are so cute.  Piggy always has a paci and when Ducky wants to play a new game with him peekaboo it is hard because when he tries to play the paci falls in the dirt.  In the end the friends are able to find a solution to their problem.  Hooray.  My petite loved this book. 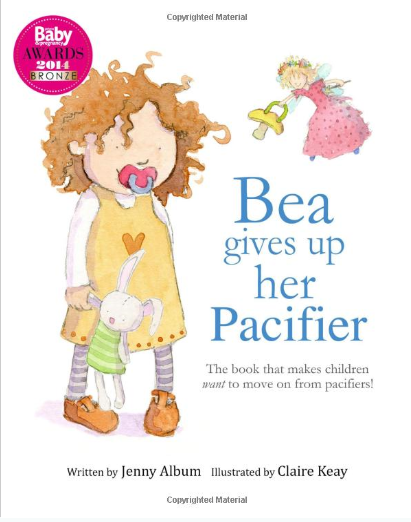 Bea Gives Up Her Pacifier: The book that makes children WANT to move on from pacifiers!

this is a really cute book about Bea who doesn’t want to give up her paci, her parents convince her to give it to a paci fairy!  How cute is that?  I am in love with this idea.

Good luck to all those who are eradicating pacifiers,
Erin